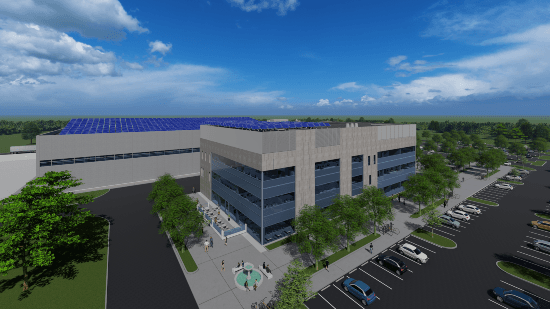 Amgen, one of the world's leading biotechnology companies, broke ground in March 2022 on a $550 million manufacturing facility in Holly Springs. The investment will bring more than 350 jobs with an average salary of $100,000. Boasting 24,000 employees worldwide, Amgen, creates life-saving medications for people suffering from serious illnesses like cancer and heart disease.

Amgen's new 350,000 square foot multi-product drug substance manufacturing plant will be located in the Helix Innovation Park at Friendship on the northwest side of Holly Springs, south of US-1. Additional details on development may be viewed here.

The Amgen facility in Holly Springs will be built to exacting environmental standards, consistent with the company's goal of achieving carbon neutrality, reduce water use by 40% and waste disposal by 75% by 2027. The facility also will support Amgen’s participation as a founding member of OneTen, a coalition of many of the world's largest, best-known companies that aims collectively to hire one million Black Americans into well-paying jobs over the next ten years, with a specific focus on those without a four-year college degree.

The facility is expected to be operational by 2025.