Summer at the Springs

The Holly Springs Cultural Center is proud to bring you the

Bring a lawn chair and picnic dinner when you enjoy these free family-friendly concerts.

Concessions and beer/wine available for purchase.

Back by popular demand, Beatlesque is a four-piece Beatles tribute band based in Raleigh, NC.  The band strives to replicate the sound and look of The Beatles to the closest detail while performing music from the entire Beatles catalog.  In costume and in character, the fab four members of Beatlesque enjoy the challenge and the thrill of recreating the music that we all know and love.

Totally Curious makes their debut performance for Summer at the Springs! This band is quickly gaining notice for their stellar vocals and feel-good sounds. Call your friends and tell them the party is at the
Holly Springs Cultural Center with Totally Curious. 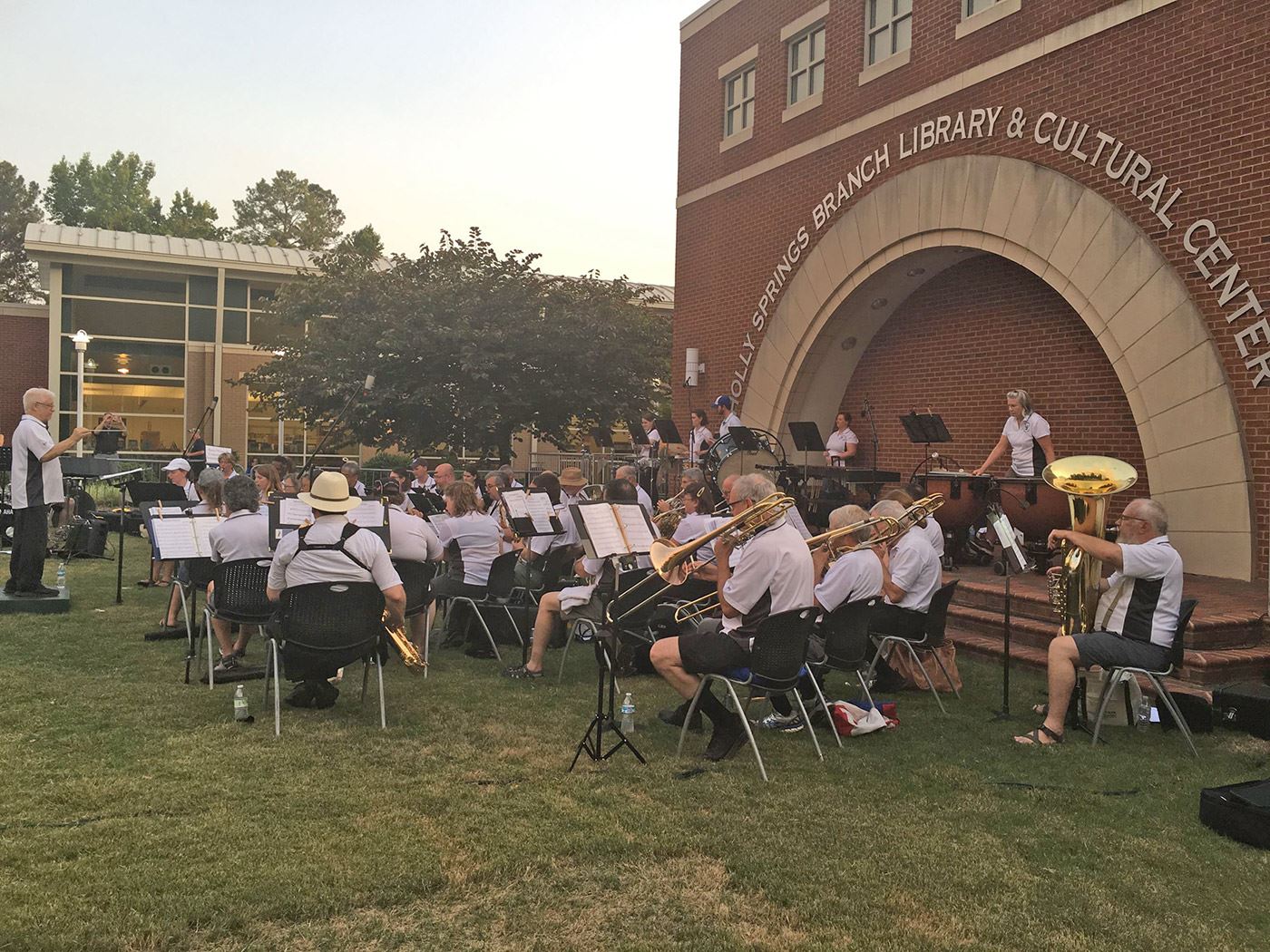 The Holly Springs Community Band has been a vital part of the growth of the arts in Holly Springs for the past decade. Their repertoire includes music written specifically for concert bands, orchestral transcriptions, marches, show tunes, patriotic music, and more. The HSCB is a diverse, all-volunteer group of adult musicians passionately committed to performing entertaining music of the highest caliber for our audiences. Enjoy the Holly Springs Community Band in their second Summer at the Springs performance!

The EG Peters Band has established a career as being one of the most versatile live entertainers in the area. Known for their ability to put together the perfect blend of music to entertain all audiences, they cover the Groovy 60’s all the way to today’s hits. Join us as they take the stage for their first appearance for Summer at the Springs!

Adam Lee Decker's powerful voice covers an incredible four and a half octaves. Adam started his professional singing career with the a capella groups The Fault Line in New York, and Almost Recess in North Carolina. With The Fault Line, Adam made it to the Top 20 in America's Got Talent in 2007 and as a solo artist he made it to the Top 42 in American Idol, Season 11. Join us for his latest musical adventure: the Adam Lee Decker Trio!

Do you enjoy classic rock, with some of your favorites from the ’80s & ’90s thrown in? Then you’ll love The Whisky Runners. They’re a classic rock cover band from the Triangle, and audiences love to twist & shout whenever they take the stage. Welcome Whiskey Runners to the stage as they close out this season’s Summer at the Springs!